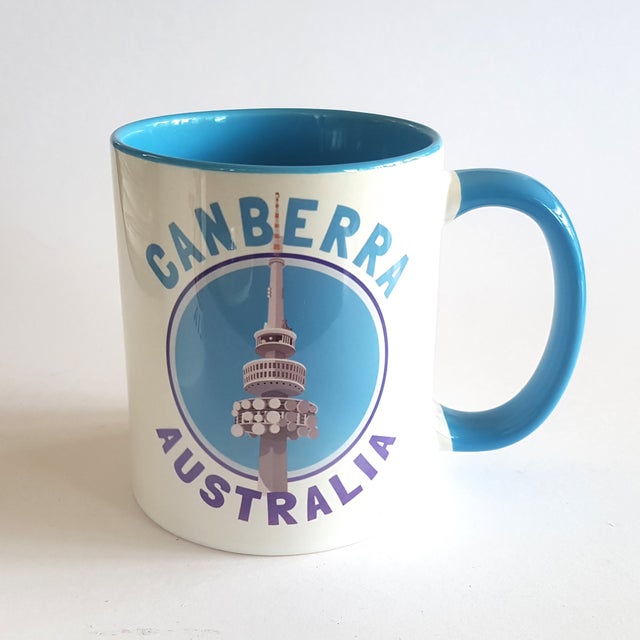 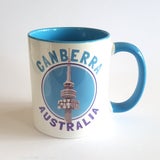 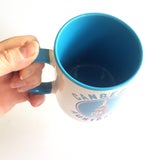 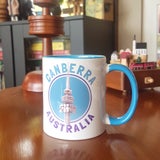 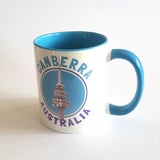 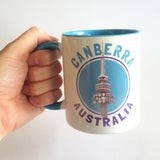 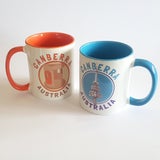 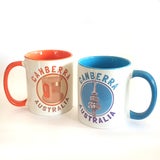 A ceramic mug featuring our drawing of Black Mountain Tower. The handle and interior are a bright blue and the outside of the mug is white with the image of Black Mt Tower and the words Canberra, Australia.

You can see this mug pictured with it's sister mug: Canberra Bus Shelter (orange) available in a separate listing.