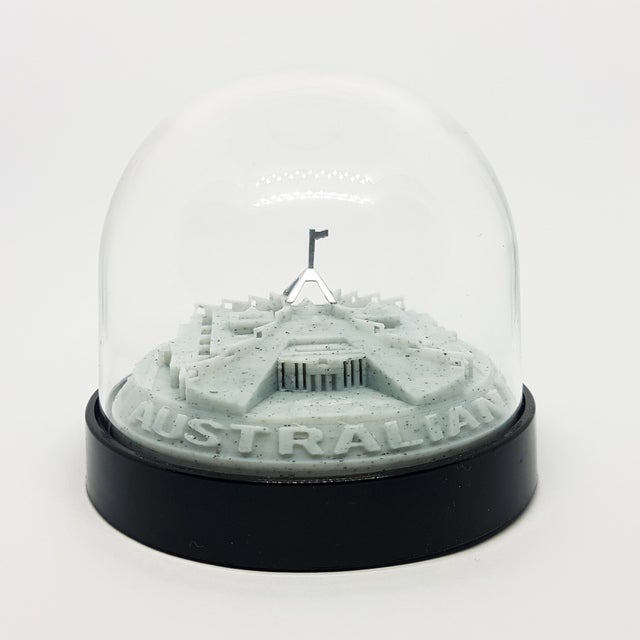 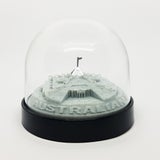 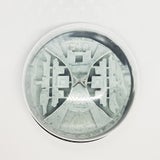 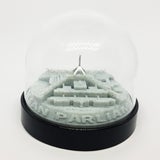 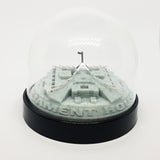 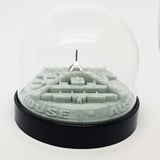 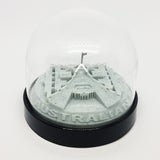 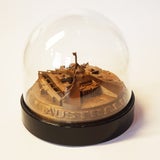 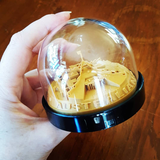 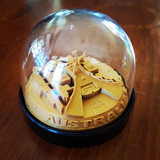 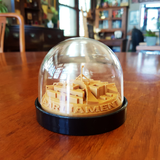 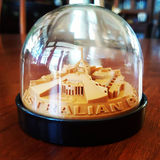 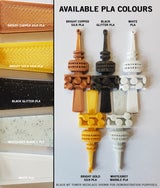 APH was opened in 1988 to house Australia's Parliament. It's an iconic building that was built to exacting standards and a design that encourages public access and involvement. It was designed by Mitchell/Giurgola & Thorpe who won the worldwide design competition, responding to a twenty volume design brief.

It sits atop Capital Hill, with part of the building underground. The flag pole is visible from most parts of Canberra and is used as the background for many political journalists. The so-called Canberra Bubble named by Prime Minister Scott Morrison, really only extends to the edges of the building, as anyone who lives in the city of Canberra will attest.

We have modelled the building and 3D printed it in a gold-look PLA bio plastic. PLA is made from renewable sources like sugar cane and is biodegradable. The model sits inside a clear plastic dome on a black plastic base.