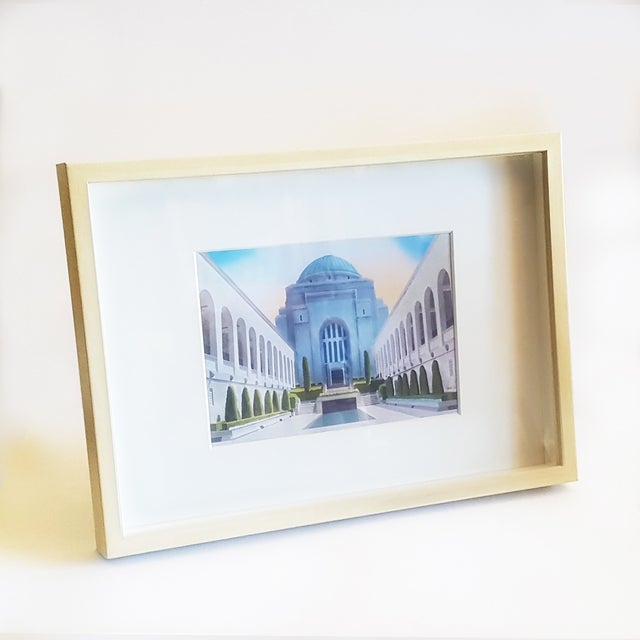 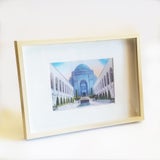 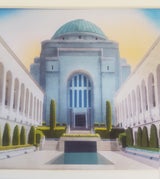 The magnificent Australian War Memorial's main vista inside the courtyard is depicted in this art print. This image was created digitally by illustrator Marisa Martin for this open edition.

Originally conceived as a museum memorial to Australian involvement in the first World War, the Australian War Memorial was completed in 1941, and is a space for the remembrance of all Australians in war. The Art Deco style building was designed as a collaborative effort by Emil Sodersteen and John Crust. The Hall of Memory, an octagonal domed chapel wherein lies the tomb of the unknown soldier is positioned at the centre of the commemorative section, flanked by cloisters containing the Roll of Honour.

The image measures 13cm wide by 18cm high and is printed on a sheet of A4 high resolution matte photo paper.

You can choose to receive the image framed for an additional cost in a deep frame with a matt board included. Frame measures 21cm x 30cm.